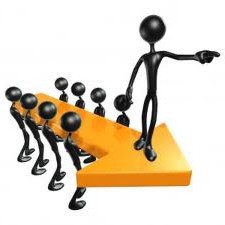 Change is inevitable. Change can be brought about by external circumstances, internal changes (personnel, etc), growth objectives, new investments and a host of other factors. Change is never easy but it’s even harder when it’s not managed. The importance of garnering support by the people that will contribute to the success of change implementation cannot be understated. Whether it’s a new piece of equipment, a new software system or changes to the work area involving the people that will be affected by the change will be well worth the time spent doing so.

The Decision to Change

People support decisions that they are included in. When considering change people affected by the change should be included early in the process. As a business owner it’s best to enlist the participation of associates when developing objectives and goals. The earlier people are brought into the loop the harder they’ll work to make the change successful. If they are left out of the decision process and handed the responsibility for implementing changes they will have no sense of ownership and no vested interest in the success of the endeavor. So solicit their ideas on the change being considered and use their ideas to make the best decision possible.

Whatever the change is that needs to be made, there are most likely a number of ways to accomplish it. Just as in the definition stage, including the people affected by the change in the evaluation of alternatives will yield positive results. The more people contribute to the decision the more they’ll feel a sense of ownership. The greater their involvement in the planning stages the more they’ll understand the purpose of the endeavor and the more they’ll support it.

Often when change is introduced responsibilities change. Improvements in business processes can result in some people doing things differently or doing additional work so that the business overall can improve. For example reducing the number of steps to process a repair order through the business can be reduced by 20 percent overall but the change required to do so may increase the number of steps required by a technician by 2 percent. This can result in the technician perceiving an increase in workload without any corresponding benefit. The employee must understand the importance of the business succeeding but the employer must allow for changes in real compensation and adjustments may need to be made. Another potential effect of change implementation is a significant reduction in the workload of an employee. If an employee perceives a proposed change as resulting in their workload decreasing they will consider the change a threat and their natural reaction will be to resist it. Anticipating perceived inequities in the early stages of the decision making process and communication with employees to alleviate these types of concerns can prevent negative perceptions of the proposed change and contribute to successful change implementation.

Including people that will be affected by the change in the decision making process will earn their support during the implementation stage. Anticipating their concerns before suggesting the change and preparing to address them in advance can ensure their acceptance. Successful change implementation requires soliciting input from those affected, considering the effect of the change on them and including them in each phase of the process.