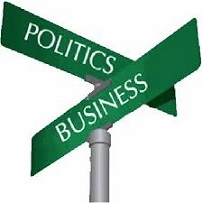 Political events can affect businesses at many levels. Elections, regulations and legislation can all impact business. The impact can be positive or negative depending on the circumstances. Elections can generate economic activity during the campaign process and changes in elected officials can affect business conditions. Regulations can result in changes in the way business is conducted and legislation can impact business positively or negatively.