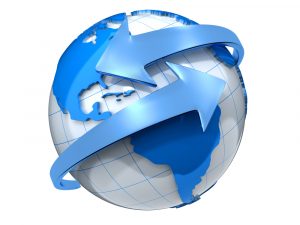 The desktop PC became the primary information processing machine at the point that client server systems became viable and remains so at the time of this writing. However the use of mobile devices is becoming more and more prevalent. Mobile devices allow information to be recorded at the point of origin. For example a mobile device can be used to check a vehicle in as opposed to writing information on a clipboard and entering it into the computer or having the customer come to the counter for the check in process. Mobile devices can also be used for a number of other functions in auto repair systems and this area is still growing.

As system architecture has evolved through different phases over the years advances take place in stages. First a new architecture becomes possible due to advances in hardware and operating systems. Next it becomes viable as software applications begin to incorporate the new capabilities into their design. Then the new capabilities become the norm and people come to expect and depend on them.

The use of mobile devices in computerized business systems is in its early stages at the time of this writing. Specialized tasks are supported as extensions of systems that are largely PC based. In auto repair there are mobile applications that allow for checking a vehicle in, for inspections and for other specialized tasks. The core of systems currently in use is still based on client server or server centric architecture.

Mobile system architecture will continue to grow and become more widely used. Devices that can be used in desktop mode or mobile mode will satisfy the requirements for high level use while more simple devices will be employed where appropriate. As in other phases of the evolution of system architecture the growth of the mobile device architecture will bring greater productivity and reduced operating costs.